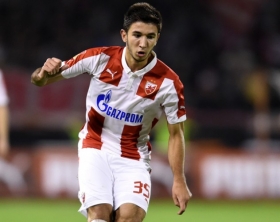 Liverpool are reportedly planning an attempt to sign Raphinha from Leeds United during the summer transfer window.

Liverpool continue to remain strong favourites to sign Thiago Alcantara from Bayern Munich despite the fresh interest from Arsenal.

Jurgen Klopp is expected to rotate his first-team squad when they make the visit to the King Power Stadium to take on Leicester City in the League Cup. The Tuesday night clash offers the German with an opportunity to test his bench strength with Alex Oxlade-Chamberlain set to start his first Reds game.

Marko Grujic to feature more for Liverpool next term

Marko Grujic will earn more first-team opportunities under Jurgen Klopp from next season, according to the midfielder's representative.

Liverpool to rival Everton for Witsel

Liverpool will offer stiff competition to Everton in the pursuit of Zenit St.Petersburg midfielder Axel Witsel. The Belgian has been tipped to leave the Russian giants over the summer after he stalled on talks over a contract extension.