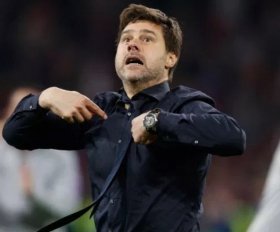 PSG are readying a £40 million transfer offer for Chelsea midfielder Conor Gallagher, currently on loan with Crystal Palace. The starlet has emerged as one of the season's best young talents.

Tottenham Hotspur are ready to part ways with Dele Alli when the transfer window reopens next month.

Tottenham Hotspur are prepared to listen to offers for Dele Alli despite the midfielder starting the final five games of the campaign.

Paris Saint-Germain have reportedly made contact with Paul Pogba's agent Mino Raiola to register their interest in the Manchester United midfielder.

Arsenal are likely to demand around £50m to part ways with Lucas Torreira and Matteo Guendouzi during the summer transfer window.

French champions Paris Saint-Germain will make a renewed approach for Hector Bellerin at the end of the season.

Dele Alli appears to have moved a step closer to a six month loan deal to join Ligue 1 side Paris St Germain. The England international is desperate to play on a regular basis, and so far at Tottenham this season has been primarily resigned to substitute appearances.

Tottenham Hotspur are reluctant to permit the departure of Dele Alli on a temporary deal to Paris Saint-Germain amid COVID-19 fears.

Inter Milan are reportedly exploring the option of signing Jesse Lingard on a short-term loan deal from Manchester United.

Everton are ready to part company with Italian striker Moise Kean to Paris St Germain. The forward, who has been in fine form since his move to Ligue 1 on a loan deal, has bagged 8 goals in 12 games since his move to the club.

Tottenham Hotspur could re-sign Christian Eriksen under one condition

West Ham United join the race for Serie A playmaker

West Ham United have reportedly joined Arsenal in the race to sign Christian Eriksen from Inter Milan this month.