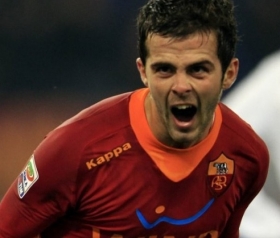 Juventus could make an approach for Chelsea midfielder Tiemoue Bakayoko if they fail to re-sign Miralem Pjanic from Barcelona.

Liverpool midfielder Georginio Wijnaldum has reportedly told his close friends that he would welcome a summer move to Barcelona.

Serie A giants Juventus have reportedly made initial enquiries over the situation of Arsenal forward Pierre-Emerick Aubameyang ahead of a possible summer move.

Chelsea are understood to have turned down the chance to sign Miralem Pjanic in a straight-exchange deal involving Jorginho.

Chelsea to miss out on signing Juventus midfielder

Chelsea are set to miss out on the signing of Miralem Pjanic from Juventus with the midfielder determined to join Barcelona at the end of the season.

The representative of Chelsea midfielder Jorginho has hinted that his client could prefer a move to Juventus at the end of the season.

Chelsea have reportedly set an asking price of £60m for midfielder Jorginho, who has been linked with a possible move to Juventus.

Juventus are keen on landing the signature of both Emerson and Jorginho from Chelsea when the transfer window reopens.

Juventus are reportedly willing to offer Miralem Pjanic as a makeweight to sign Chelsea midfielder Jorginho this summer.

Chelsea could get their hands on Juventus midfielder Miralem Pjanic this summer, provided they allow Jorginho move in the opposite direction.

Chelsea could reportedly compete with Barcelona in the race to sign Lautaro Martinez from Inter Milan during this summer's transfer window.

Chelsea are reportedly weighing up an approach for Miralem Pjanic as they seek to reinforce their midfield department for the 2020/21 campaign.

Manchester United are reportedly monitoring the proceedings of Juventus' Miralem Pjanic as they aim to strengthen their options in the centre of the park.

Manchester United have reportedly stepped up their interest in Paulo Dybala by enquiring about the attacker's availability with Juventus.

Juventus midfielder Miralem Pjanic has confirmed that there was interest from the likes of Chelsea and Manchester United during last summer's transfer window.

Juventus have reportedly not given up on the prospect of re-signing Paul Pogba and they are prepared to tempt Manchester United with a player-plus-cash deal for the Frenchman.

Youri Tielemans has made some very loud noises about joining Juventus.