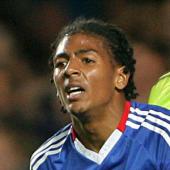 Arsenal could face competition from Leeds United in their attempt to sign Patrick van Aanholt this summer.

Arsenal plan to sign new left-back in the summer

Arsenal will aim to sign a new left-back during the summer transfer window, a report from The Athletic claims.

Arsenal yet to make bid for Dutch left-back

Arsenal have yet to make a formal approach to sign Patrick Van Aanholt from Crystal Palace.

Arsenal are reportedly interested in landing the signature of Patrick van Aanholt from Crystal Palace before the transfer deadline.

Crystal Palace have emerged as a potential destination for Marcos Alonso, should he look to leave Chelsea during the next transfer window.

Manchester United manager Ole Gunnar Solskjaer has said that the players were not clinical enough in the final third as they suffered a shock 2-1 league defeat at the hands of Crystal Palace at Old Trafford.

Manchester United are eyeing a double transfer swoop this summer in the form of Aaron Wan-Bissaka and Patrick Van Aanholt from Crystal Palace to restructure their backline.