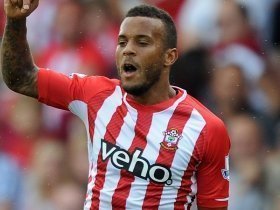 Leicester City reveal stunning gesture from Khun Top
Why Ryan Bertrand & Brendan Rodgers' son could be key to Leicester City's summer transfer window @lcgraphix2018 : As a parent of a preemie
17/05 06:00

Arsenal need to pay around £60m in order to prise away James Maddison from Leicester City this summer.

Arsenal defender Sead Kolasinac is expected to be sold when the transfer window reopens this summer.

Arsenal have reportedly stepped up their pursuit of Southampton defender Ryan Bertrand ahead of the summer.

Arsenal plan to sign new left-back in the summer

Arsenal will aim to sign a new left-back during the summer transfer window, a report from The Athletic claims.

Arsenal are reportedly interested in landing the signature of Patrick van Aanholt from Crystal Palace before the transfer deadline.

Arsenal have officially confirmed the arrival of Martin Odegaard on a short-term loan from Real Madrid.

Arsenal are reportedly considering an approach to sign Ryan Bertrand from Southampton this month.

Leicester City defender Ben Chilwell is reportedly keen on pushing through a move to Chelsea when the transfer window reopens this summer.