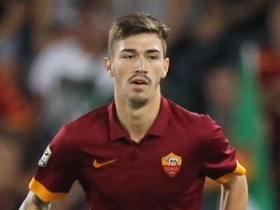 Alessio Romagnoli: I always hoped to play for Lazio

AC Milan have confirmed the signing of Fikayo Tomori from Chelsea on loan with the option to buy in the summer.

Chelsea defender on his way to AC Milan

Chelsea defender Fikayo Tomori appears set to join AC Milan on loan with the option to buy at the end of the season.

AC Milan could reportedly revive their interest in signing Andreas Christensen from Chelsea during the summer transfer window.

Manchester United are reportedly among the high-profile teams who have expressed an interest in signing Alessio Romagnoli from AC Milan in the summer.

Chelsea manager Maurizio Sarri has reportedly given Gary Cahill the go-ahead to pursue a fresh challenge away from the club when the transfer window reopens.

AC Milan have reportedly snubbed the chance to sign Chelsea captain Gary Cahill when the transfer window reopens at the turn of the year.

Chelsea had reportedly sent scouts to watch the performance of AC Milan centre-back Alessio Romagnoli during the cross-town derby against Inter Milan on Sunday.