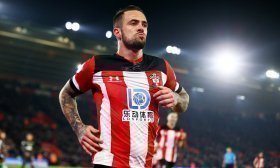 Aston Villa are reportedly readying a move for Liverpool striker Roberto Firmino. The out of favour Brazilian, who is currently unable to force his way into Liverpool's starting XI on a regular basis, is reportedly ready to leave Anfield in search of first-team football.

Aston Villa have confirmed the surprise signing of Danny Ings from Southampton.

Chelsea could make an approach for Southampton striker Danny Ings if they are unable to land any of their top targets.

Tottenham Hotspur are interested in signing Southampton striker Danny Ings, but they are set to face competition from Manchester City.

Danny Ings has stated that he is contracted to Southampton amid speculation that Manchester United are interested in signing him.

Manchester United are reportedly weighing up an approach to sign Southampton striker Danny Ings this summer.

Southampton manager Ralph Hasenhuttl has confirmed that the club will have to be frugal in the summer transfer market, and will be trying their best to keep hold of star players. Danny Ings is one of the Austrian's squad that has been linked with a move away from St Mary's.

Arsenal manager Unai Emery has said that the Gunners lost the opportunity to return to winning ways during the recent Premier League clash against Southampton at home.

Chelsea midfielder Mason Mount has expressed his delight after the Blues registered a comfortable 4-1 win over Southampton on the road on Sunday.

Danny Ings has officially made a transfer move from Liverpool to Southampton permanent, with the forward penning a long-term contract at the Saints yesterday evening. Ings spent last season on loan with Southampton and impressed sufficiently to be given a permanent contract at St Mary's.

Forward Danny Ings is hoping to rejuvenate his injury-ravaged career with a loan transfer to Premier League rivals Southampton from Liverpool. The England international, who has found his first-team opportunities limited since his move from Burnley to Anfield, has decided to make a temporary move to the south coast.