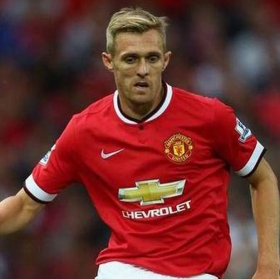 Football Manager 2021: 10 Free agents to start with a small club
going for him. Darren Fletcher Fletcher has enjoyed some glory days at Manchester United during his career, and you don’t get to play for
24/11 11:09

Manchester United are reportedly still in the running to prise away defender Nathan Collins from Championship side Stoke City.

Manchester United have reportedly opened negotiations with Stoke City as they seek to secure the signature of defender Nathan Collins this summer.

Manchester United are reportedly weighing up a move for Stoke City defender Nathan Collins under the recommendation of former midfielder Darren Fletcher.

Leicester City have reportedly renewed their pursuit of West Bromwich Albion defender Jonny Evans. The Northern Irishman has been widely tipped to leave the Hawthorns this summer with Manchester City also in the hunt for his services.

Manchester City ready to up their bid for Evans

Manchester City are preparing to return to West Bromwich Albion with an improved offer for former Manchester United central defender Jonny Evans. After having two bids already rejected, The Citizens are willing to up their attempts to an offer of £22 million.

Following plenty of speculation during the last week, West Bromwich Albion have completed the signing of former England midfielder Gareth Barry from Everton. Manager Tony Pulis was keen to add experience to the centre of his side after seeing Darren Fletcher leave the club this summer.

West Brom manager Tony Pulis has admitted that his team is still in need of reinforcements despite winning their opening game of the season.

Stoke City midfielder Giannelli Imbula has reportedly finalised terms with AS Monaco ahead of a proposed switch to the Stade Louis II this summer.

West Bromwich Albion are on the verge of offering Everton and former England international Gareth Barry a two-year contract at The Hawthorns as they look to replace Darren Fletcher, who left earlier in the transfer window to join Stoke City.

Stoke City are reportedly weighing up an offer to sign Juventus midfielder Mario Lemina this summer.

Stoke City chairman Peter Coates has insisted that the club are working on their transfer targets for the summer despite the lack of spending in the transfer window.

Could experience be crucial in helping Villa get promotion?

If last season wasn’t depressing enough for supporters of Aston Villa, then starting this season in The Championship could be even worse, couldn’t it? But Manager Steve Bruce wants promotion straight back up but he obviously believes he needs experience, and after signing John Terry from Chelsea & Ahmed Elmohamady from Hull, he now looks set to sign Irish International Glenn Whelan from Stoke. But what does Glenn Whelan give you?

Holland international Bruno Martins Indi will undergo a series of medical tests with Stoke City ahead of his permanent switch from Porto this summer.

Manchester City's England international Fabian Delph has emerged as a target for Stoke City. Delph has been unable to secure regular first team football in Manchester and will be desperate to prove what he can do as we enter a World Cup year.

Leicester City will reportedly lodge a fresh attempt to sign defender Jonny Evans after their £10m approach was turned down by West Bromwich Albion.

Stoke City have no plans of offloading Swiss midfielder Xherdan Shaqiri despite the impending interest from AS Roma. The Giallorossi have identified the 25-year-old as a potential replacement for Mohamed Salah.