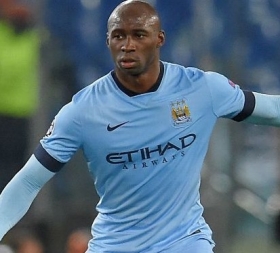 MAN, OH MAN Man City’s worst ever Premier League signings featuring Jerome Boateng, Jack Rodwell and Eliaquim Mangala
MANCHESTER CITY have invested over £1BILLION in the transfer market over the past decade so, naturally, there are going to be some flops.
26/04 12:15

Manchester United are reportedly closing on the signing of defender Harry Maguire from Leicester City after agreeing on a £80m fee with the east Midlands outfit.

Manchester City are unlikely to be held to ransom for the services of Southampton defender Virgil van Dijk. The Netherlands international has been strongly tipped to pursue a fresh challenge next month, having failed to seal his preferred move to Liverpool last summer.

Manchester City may not move for Arsenal's Alexis Sanchez until next summer with Pep Guardiola not wanting to disrupt the balance of his squad.

Manchester City to step up interest in Dutch footballer

Manchester City are prepared to offer stiff competition to Liverpool in the race to sign Southampton defender Virgil van Dijk during the January transfer window.

Man City centre back Eliaquim Mangala is likely to leave the Premier League leaders in January. The French defender is on the radar of numerous clubs across Europe, but his former club Porto are favourites to land the defender.

Manchester City will reportedly look to take advantage of Lyon's interest in Eliaquim Mangala in order to sign highly-rated centre-back Mouctar Diakhaby in the New Year.

Inter Milan are confident that a deal to sign French defender Eliaquim Mangala can be agreed before the transfer window closes. The centre-back has been told by Pep Guardiola that he is surplus to requirements at the Etihad Stadium.

Manchester City are expected to offload the services of Eliaquim Mangala before the transfer window closes next week.

Man City defender Eliaquim Mangala looks set to complete a loan move to Inter Milan this week. The French international centre-back has struggled since his move to England from Portuguese side Porto.