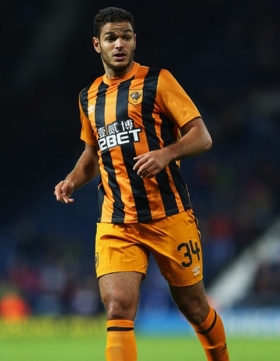 West Ham United are reportedly weighing up a move to sign former Newcastle United attacker Hatem Ben Arfa, who is available on a free transfer.

Hatem Ben Arfa has struggled to make an impact at Ligue 1 giants Paris Saint-Germain and he is expected to leave the club as a free agent at the end of the season, with Premier League club Leicester City reported to be interested in giving him another opportunity in England.

Newcastle are preparing a shock move for PSG's out of favour forward Hatem Ben Arfa in the January transfer window. A transfer to Tyneside for Ben Arfa would set up a shock return to the Premier League and Newcastle for the Frenchman.

Manchester United and Liverpool join the race for Julian Draxler

Despite Draxler's agent already insisting that his client will not leave PSG this season, Manchester United and Liverpool have joined Arsenal in the race to sign the German international.

PSG have made rapid progress in the last few days and are now on the verge of announcing the arrival for Mbappe from Monaco for a reported fee of £183 million.

Matuidi has completed his much-anticipated move to Italian champions Juventus after undergoing a medical last night and penning a three-year contract.

Despite being told by PSG that he has no future at the club and is free to leave this summer, Ben Arfa has rejected a proposed move to Turkish side Fenerbahce and intends to fight for his place at the Paris club.

Manchester United midfielder Marouane Fellaini is close to sealing his move to Turkey with Galatasaray in advanced negotiations to secure his signature.