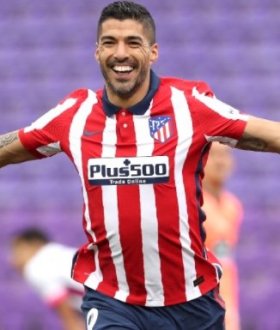 Arsenal are willing to hand a new contract to Alexandre Lacazette amid his impressive contributions this term.

Manchester United striker Edinson Cavani has emerged as a summer target for Inter Milan, according to Gazzetta dello Sport.

Arsenal have no plans of renewing the contract of Alexandre Lacazette beyond the current campaign, 90 min reports.

Atletico Madrid striker Luis Suarez is reportedly open to the prospect of rejoining Liverpool during this summer's transfer window.

Liverpool could be handed a chance of re-signing Atletico Madrid striker Luis Suarez in a part-exchange deal for Roberto Firmino.

Barcelona have been offered the opportunity to sign Arsenal striker Alexandre Lacazette, a report from Calciomercato claims.

Chelsea manager Thomas Tuchel has dismissed the prospect of signing Luis Suarez from Atletico Madrid during the summer transfer window.

Battle hotting up for Haaland

It looks set to be an intriguing summer in the race to land one of the brightest prospects in Europe. Borussia Dortmund striker Erling Braut Haaland has been linked with some of the biggest clubs in the continent, and the battle for his services is expected to be fierce.