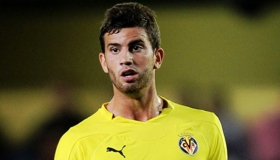 Agent of Mateo Musacchio hits out at AC Milan management

The Italian giants are not finished with their summer spending spree and now want Real Madrid midfielder Casemiro in a bid to bring the club back to its glory days.

AC Milan will continue their summer spending spree with a move for Manchester City outcast Samir Nasri this summer.

Cash-rich AC Milan could lodge an attempt to sign Manchester City goalkeeper Joe Hart with the future of Gianluigi Donnarumma uncertain beyond this summer.

The Portuguese international has arrived in Milan to undergo a medical and will officially be unveiled as an AC Milan player immediately after.

Liverpool to miss out on Swiss full-back

Liverpool will reportedly have to look elsewhere in their search for a new left-back with Ricardo Rodriguez close to wrapping up a move to the Serie A.

Celtic striker Moussa Dembele is reportedly in advanced discussions over a move to AC Milan after the Serie A club scheduled a second meeting with the player's representatives.

Italian giants AC Milan are planning to continue on their summer spending spree with a move for Celtic forward Moussa Dembele.

Fallen Serie A giants AC Milan have managed to secure the signature of Atalanta BC midfielder Franck Kessie on a two-year loan contract.

Villareal defender Mateo Musacchio will be packing his bags for a move to the Serie A after AC Milan reached an agreement to secure his signature.