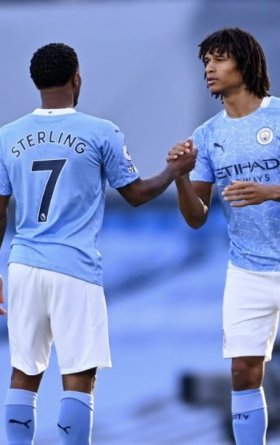 AFC Bournemouth not in the race to sign Nathan Ake, despite reports
back-to-back Premier League titles. He has made 40 appearances for the club, scoring four goals. Chelsea have been strongly linked with a
29/06 14:01

Chelsea have opened negotiations to sign Nathan Ake and Raheem Sterling from Man City. Pep Guardiola has informed both players that they are free to leave the Etihad Stadium.

Chelsea are keen on re-signing Nathan Ake from Manchester City. Thomas Tuchel is a big fan of the player and is interested in bringing the Dutch international to Stamford Bridge.

The new big spenders in the Premier League, Newcastle, are looking to upgrade every position at the club. With many rumours going around about Newcastle's interests, one that sparked a conversation was their interest in Nathan Ake.

Manchester City are expected to block a January approach from Newcastle United for defender Nathan Ake.

Manchester City have suffered a double injury blow ahead of the upcoming Premier League games against Chelsea and Liverpool.

Manchester City defender Aymeric Laporte has the ambition to join Barcelona during this summer's transfer window.