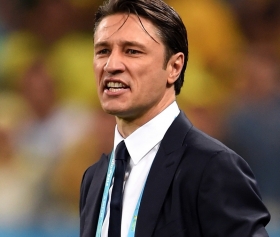 Manchester United have failed with an opening bid to sign Benoit Badiashile from AS Monaco, a report from RMC Sport claims.

Manchester United have reportedly opened negotiations with AS Monaco as they seek to negotiate a summer move for Benoit Badiashile.

Manchester United are reportedly keeping a close eye on the situation of Hansi Flick, who is currently the interim manager at Bayern Munich.

Advantages and profits of bets on Bundesliga after the 1xBet registration

One of the best championships at the moment is the German Bundesliga, which offers excellent intrigue at the start of the season.

Victor Lindelof is enjoying his time with Manchester United as he has featured in almost every Premier League game this season. Although United have conceded 12 goals this season, the centre-back has formed a great partnership with former Leicester player Harry Maguire at the back.

Former Arsenal manager Arsene Wenger will hold talks with Bayern Munich next week regarding the vacant managerial position at the Bavarian side. The out of work Frenchman is desperate to return to football management and could be set for a surprise position at the Bundesliga champions.

Bayern Munich have reportedly turned down the chance to recruit former Arsenal boss Arsene Wenger as their new head coach.

Former Arsenal manager, Arsene Wenger, is a possible candidate to be named the head coach of Bayern Munich. The Frenchman is known to speak fluent German and with a lot of managerial experience, he is reckoned as the perfect fit for Bayern Munich.

Manchester United are slumping lately as they are in the 10th position in the PL standings. The Red Devils have picked up just 13 points from 11 matches, with only one win in their last 5 games.

Barcelona midfielder Philippe Coutinho has reportedly been earmarked as a transfer target for Bayern Munich as they seek to bolster their options in the wider attacking department.