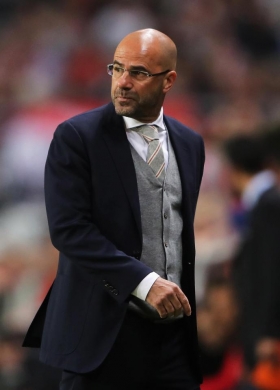 Arsenal to miss out on Andre Onana?

Arsenal could miss out on signing Ajax goalkeeper Andre Onana during the summer transfer window.

Liverpool to push through Aubameyang deal?

Liverpool are reportedly prepared to tussle it out with Guangzhou Evergrande for the signature of Borussia Dortmund striker Pierre-Emerick Aubameyang.

Henrikh Mkhitaryan's future has reportedly come into question after Jose Mourinho said that the Armenian has been 'disappearing' during recent Manchester United games.

Both Everton and Huddersfield Town are interested in signing Borussia Dortmund's out of favour talented attacking midfielder Emre Mor. The Turkish international had been approached by both clubs this summer, who were hopeful of being able to secure a loan deal for the hot prospect.

Borussia Dortmund have suspended and fined Ousmane Dembele after he failed to report to training for the club today, with rumours linking him with a move to La Liga giants Barcelona growing.

Mario Götze set to return to training after long lay-off

Götze will make his long-awaited return to football six-months after his career was at risk of ending due to a metabolic disorder.

Mario Balotelli has been one of the most controversial figures in football in recent years. Many believe that he has great potential that is just waiting to be released, whilst others think that his attitude is all that he has to offer. After a successful season in France, Balotelli could now be set to join German giants Borussia Dortmund.