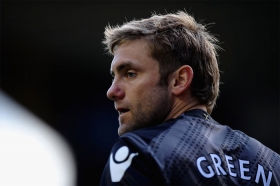 Chelsea plan to use Bakayoko to sign AC Milan winger

Chelsea are reportedly prepared to utilise AC Milan's loan move for Tiemoue Bakayoko in an attempt to sign Suso from the Serie A outfit.

Chelsea have landing their third signing of the summer transfer window with goalkeeper Kepa Arrizabalaga joining them from Spanish side Athletic Bilbao.

Chelsea manager Maurizio Sarri has revealed that the club could make one more signing before the transfer deadline next week.

Leicester City are reportedly looking at the prospect of re-signing Danny Drinkwater following his average debut campaign with Chelsea.

Chelsea are reportedly desperate to secure the signature of Robert Lewandowski from Bayern Munich before the transfer deadline.

Chelsea are reportedly close to acquiring the services of Pepe Reina from AC Milan in the transfer window.

Chelsea are on the cusp of signing veteran goalkeeper Rob Green on a free transfer, The Sun reports. The 38-year-old has already arrived at the club's training base to undergo a medical ahead of his proposed transfer.

Huddersfield Town manager David Wagner hopes to complete a deal to sign veteran goalkeeper Rob Green. The 37-year-old currently plays for Leeds United and will be allowed to leave Elland Road for a Premier League transfer.

Queen Park Rangers have reportedly told Chelsea to pay a £2m fee, if they decide to sign Rob Green as a replacement for outbound Petr Cech.

Chelsea will look to secure the services of Queens Park Rangers goalkeeper Rob Green as a replacement for outbound Petr Cech.

England international goalkeeper Rob Green has told West Ham that he will pursue a new opportunity at another club, after leaving the Hammers now that his contract has expired. Tottenham are believed to be interested.

Carlton Cole on loan to Everton?

A friend of Carlton Cole has declared that the striker may leave Upton Park on loan for the season; with Everton apparently one of his options.

West Ham goalkeeper Rob Green is being considered by new Aston Villa coach Alex McLeish. The England international goalkeeper is valued by the Hammers at around 4.5m GBP.