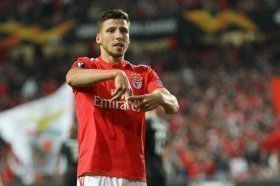 Manchester City are expected to block a January approach from Newcastle United for defender Nathan Ake.

Manchester United could turn their attention to Sevilla defender Jules Kounde if they are unable to land Raphael Varane.

Manchester City defender Aymeric Laporte has the ambition to join Barcelona during this summer's transfer window.

Manchester City could go head-to-head with Manchester United to land the signature of Raphael Varane this summer.

Chelsea are prepared to include Hakim Ziyech as a makeweight to sign Sevilla defender Jules Kounde this summer.

Manchester City manager Pep Guardiola has confirmed that Eric Garcia will join Barcelona when his contract with the club expires in June.

Manchester City are prepared to reward John Stones with a new long-term contract on the back of his consistent performances this season.

Chelsea to move for £75m-rated centre-back?

Ajax defender Edson Alvarez has talked up the dream of playing for Manchester City in the Premier League.

Barcelona have reportedly made a fresh approach to sign Eric Garcia from Manchester City.

Man Utd and Man City will go head to head to secure the signing of 22-year-old defender Ruben Dias from Benfica in the January transfer window, with the Manchester both keen to add strength to their defence. The 6 foot 1 defender, who has been a first-team regular since 2017 at the Portuguese side, has also appeared 13 times for his country.

Manchester United are reportedly planning an approach to sign Benfica's Ruben Dias when the transfer window reopens in the New Year.