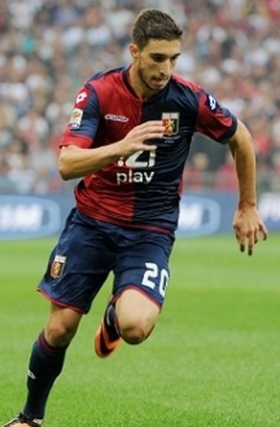 Inter Milan have made an agreement with Atletico Madrid for the capture fo Croatian international full-back Sime Vrsaljko. The 26-year-old defender, who represented Croatia during this summer's World Cup, will make the move to Italy yet again having spent three years there with Sassuolo and Genoa.

Croatia squad cut back to 24 players

Croatia coach Zlatko Dalic has finally named the 24 players that will construct his squad for the World Cup in Russia. Croatia are ranked as outsiders for the tournament, but Dalic has remained quietly confident regarding his team's chances.

Atletico Madrid right-back Sime Vrsaljko has emerged as a potential target for Jurgen Klopp's Liverpool ahead of the winter transfer window.

Serie A holders are reportedly plotting a move to sign long-term target and Arsenal defender Hector Bellerin. The Spain international is seen as a potential replacement for Stephan Lichtsteiner, whose contract is due to expire at the end of the campaign.

Premier League giants Arsenal could accept the surprise sale of Hector Bellerin in the summer with former club Barcelona hot on the trail of his services.

Italian minnows Sassuolo have pulled up a major shock having wrapped up a 6 million euro transfer for Croatian defender Sime Vrsaljko. The versatile 22-year-old has decided to leave Genoa for the Serie A side.

Arsenal had bids for Vrsaljko and Halilovic rejected

Dinamo Zagreb have confirmed that Arsenal made bids for young duo Alen Halilovic and Sime Vrsaljko rejected. The latter later went on to sign for Italian side Genoa; but his former club have confirmed the Gunners were in the race for his signature.

Arsenal are reportedly monitoring the progress of Genoa defender Sime Vrsaljko, according to The Mirror.

Arsenal are preparing an offer for Dinamo Zagreb right back Sime Vrsaljko. The Croatian international right back has been earmarked as a potential replacement for France international Bacary Sagna.