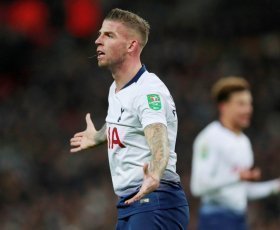 AL IN Tottenham cult hero Toby Alderweireld joins hometown club Royal Antwerp after Al-Duhail transfer exit
with the Rojiblancos, one of which saw him play on loan for Southampton. Tottenham snatched the Belgium international in 2015 and he quickly
11/07 15:59

Which Tottenham youngsters are ready for the first time?

If this season has taught us anything, it is that there is a lack of depth in the Lilywhites squad.

Tottenham Hotspur are reportedly planning to sign Thomas Meunier on a free transfer when his contract with Paris Saint-Germain expires during the summer.

Tottenham Hotspur boss Jose Mourinho is understood to have monitored the performance of Dayot Upamecano during Leipzig's recent league clash against Bayern Munich.

Tottenham amongst the clubs to show interest in Championship defender

According to Daily Mail, Tottenham have shown interest in signing Brighton defender Ben White alongside Liverpool and Chelsea.

According to Sky Sports, Serie A club Napoli are interested in Tottenham defender Jan Vertonghen.