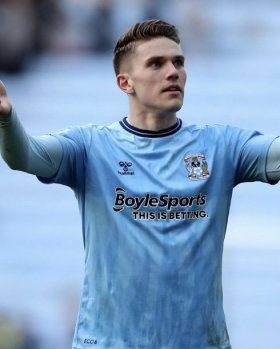 Southampton, West Ham, Everton all keen on Coventry forward Viktor Gyokeres
... their prized asset. The attacker will be offered a new contract on a higher wage to try and ward off interest from Premier League teams.
25/11 06:33