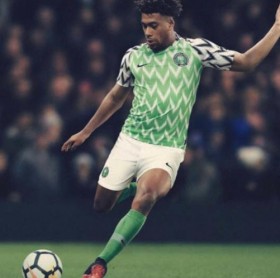 How to watch AFCON on TV in the UK and live stream details
recent drop of form. Meanwhile, Everton fans have Alex Iwobi to keep tabs on as well as potential transfer targets, with the window opening
09/01 13:47

Everton are understood to have agreed on a fee in the region of £38m to secure the services of Alex Iwobi from Arsenal.

Arsenal are scheduled to face Brighton & Hove Albion at the Emirates Stadium in their final home game of the campaign.

Arsenal had reportedly sent scouts to watch David Neres in action during Ajax's 2-1 triumph over Juventus in the second leg of their Champions League quarter-final.

Arsenal will be aiming to return to winning ways when they welcome Serie A side Napoli for the first leg of the Europa League quarter-final tonight.

Arsenal will be aiming to propel to the third position in the standings when they face Everton on the road in tomorrow's early league kickoff.

Arsenal have the opportunity to return to winning ways when they entertain fierce rivals Manchester United in the Premier League tomorrow.

Arsenal make the trip to Rennes for the first leg of the Europa League round of 16 on Thursday.

Arsenal can secure a fourth league win on the trot when they face north London rivals Tottenham Hotspur on the road this weekend.

Arsenal will be aiming to secure a third-straight league win when they welcome Bournemouth to the Emirates Stadium on Wednesday night.

Arsenal manage Unai Emery has said that he is hopeful regarding the recoveries of Alex Iwobi and Stephan Lichtsteiner ahead of the midweek Premier League clash against Bournemouth.

Arsenal are at the Emirates Stadium for the second leg of their Europa League round of 32 tie against BATE Borisov. The north London side suffered a shock 1-0 defeat at the Borisov Arena earlier this month and they now face a must-win situation to progress further in the competition.

Unai Emery speaks on Mesut Ozil ahead of Burnley clash

Arsenal manager Unai Emery has spoken about the importance of Mesut Ozil to the Gunners squad ahead of the weekend's Premier League clash against Burnley.

Arsenal have the chance to extend their unbeaten run to 21 matches when they entertain Huddersfield Town at the Emirates Stadium on Saturday.

Aaron Ramsey on the verge of Bayern Munich agreement?

Bayern Munich are reportedly deemed favourites to acquire the signature of midfielder Aaron Ramsey from Arsenal at the end of the season.

German giants Bayern Munich are reportedly leading the race to sign Welsh midfielder Aaron Ramsey from Arsenal at the end of the season.