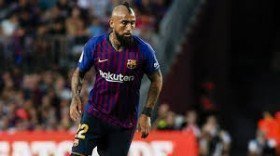 Inter Milan midfielder Christian Eriksen is open to a second spell with Tottenham Hotspur, a report from Mundo Deportivo claims.

Two of Europe’s top Champions League clubs take each other on this week in a crucial battle between Barcelona of La Liga and Bayern Munich of the Bundesliga. The German side, who have won their domestic championship, have hit top gear as the run in to the end of the season comes around whilst Barcelona will be hoping for redemption having lost their domestic league title to bitter rivals Real Madrid.

Barcelona could reportedly make a surprise approach to sign Tanguy Ndombele from Tottenham Hotspur when the transfer window reopens.

Barcelona to offer €70m plus players for Serie A striker?

Barcelona have reportedly offered €70m for Inter Milan striker Lautaro Martinez while also willing to include two players in the deal.