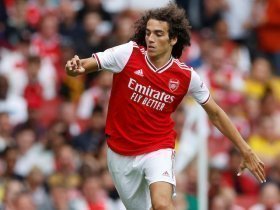 Nuno Tavares has admitted that he wanted to join Marseille on a permanent basis from Arsenal this summer.

Arsenal are set to receive a £13m fee from Fiorentina for the permanent transfer of Lucas Torreira this summer.

Arsenal midfielder Lucas Torreira has agreed terms with Fiorentina ahead of his permanent move this summer, Football Insider claims.

Arsenal outcast Matteo Guendouzi has joined Marseille on a permanent deal, signing a 3 year contract with the Ligue 1 side in the process. The midfielder, who caught the eye at the Gunners during his first season, fell out with manager Mikel Arteta and moved back to France on a loan deal.

Arsenal have mutually terminated the contract of Sead Kolasinac before his move to Marseille.

Fiorentina are prepared to hold fresh talks with Arsenal over a permanent deal for Lucas Torreira.

Arsenal midfielder on his way to Fiorentina?