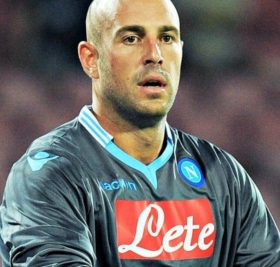 Pepe Reina reveals Liverpool game he got drunk watching after Rafa Benitez transfer talks
with new message to Liverpool and FSG But Dudek soon lost his place in the Liverpool side as Reina arrived at Liverpool in the summer and
11/01 18:13

Serie A giants looking into deal for Chelsea goalkeeper?

Lazio are interested in signing Chelsea goalkeeper Kepa Arrizabalaga, according to Il Messaggero.

Latest reports in the UK suggest that Aston Villa are ready to add more personnel to their squad in January, by bringing in French international midfielder Steven Nzonzi from Roma.

AC Milan has completed a deal to bring Danish international defender Simon Kjaer back to Serie A. The 30-year-old, who is actually owned by Atalanta, has spent the majority of the first-half of the season on-loan at Sevilla, but as the Rossoneri prepare for this afternoon’s game in Sardinia against Cagliari, the medical team at Milanello will be putting the Dane through his paces before confirmation that he will remain on-loan in Italy for the remainder of the campaign with a view to making the move permanent in the summer.

Liverpool goalkeeper Simon Mignolet is scheduled to join Serie A side Napoli before the Italian transfer window closes on Friday.

Chelsea are reportedly close to acquiring the services of Pepe Reina from AC Milan in the transfer window.

AC Milan have sealed a move to sign goalkeeper Pepe Reina. The Spanish keeper, who has previously played for Premier League club Liverpool, arrives at Milan on a two year contract.

Liverpool goalkeeper Simon Mignolet is prepared to pursue a new challenge away from the Premier League after falling out-of-favour under Jurgen Klopp this term.

Arsenal are reportedly looking into a summer move for Bayer Leverkusen goalkeeper Bernd Leno. The 26-year-old has been earmarked as a probable replacement for Petr Cech, whose performances have come under criticism this season.

Paris St Germain are on the verge of agreeing a move to sign former Liverpool goalkeeper Pepe Reina from Napoli. The Spanish keeper is expected to play as second choice shot stopper at the French capital club.

Manchester City have had an opening bid rebuffed for Napoli goalkeeper Pepe Reina. The former Liverpool ace has just 12 months left on his Naples contract.

Championship club Reading will lodge an attempt to sign Newcastle United goalkeeper Karl Darlow as they seek to push for promotion next season. The Royals missed out on their top-flight return by virtue of a penalty shoot-out loss to Huddersfield Town in the play-off final.

Napoli goalkeeper Pepe Reina could be set for a third reunion with Rafael Benitez as the Newcastle United manager wants to bring him to the club this summer.

Chelsea manager Antonio Conte is planning a contract offer for Spanish goalkeeper Willy Caballero who is a free agent after his release from Manchester City.

Poland international Wojciech Szczesny could end his long-term association with Arsenal amid the ongoing pursuit from Napoli.

Newcastle United boss Rafa Benitez is keen to bring Pepe Reina back to the Premier League during this summer's transfer window.

Napoli have successfully completed the signing of Bayern Munich goalkeeper Pepe Reina on a permanent deal.

Bayern Munich shotstopper Pepe Reina has expressed his desire to rejoin Napoli at the end of the season.

Bundesliga champions Bayern Munich are in ‘final talks’ with Real Madrid to sign Spanish midfielder Xabi Alonso, as the player is expected to arrive for his medical on Thursday.