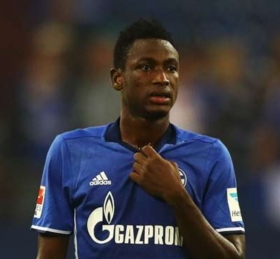 Reading FC miss out on 27-year-old as he secures European move
last season’s loanee Baba Rahman will return on another temporary stint from Chelsea. The Verdict Reading will now have to assess their
12/07 18:24

Chelsea are reportedly struggling to find buyers for five out-of-favour players ahead of next month's transfer window.

Chelsea could be prepared to sanction the sale of midfielder N'Golo Kante this summer as they seek to fund more signings during the summer transfer window.

Chelsea have confirmed the departure of Kenedy to Getafe on a season-long loan. The Brazil international had spent the past year and a half with Newcastle United and he has now taken up a fresh challenge in the Spanish La Liga.

Chelsea have secured the signing of Emerson Palmieri from AS Roma on a four-and-a-half year deal. The Blues have paid an initial &pound17.5m for the left-sided defender with a remaining £7m likely to be settled in form of add-ons.

Chelsea have confirmed the departure of Abdul Baba Rahman on an 18-month loan deal with German side Schalke 04. The Ghana international had spent the past year recuperating from a long-term knee injury, and he will now link up with the Bundesliga outfit for the second season running.

Chelsea manager Antonio Conte has confirmed that the club could push to sign a left wing-back with Kenedy having agreed to join Newcastle United on a short-term loan.

Chelsea are ready to sell defensive flop Baba Rahman to Schalke 04 for a cut price 8 million euro fee. The left-back has struggled since making a move from Germany to Stamford Bridge two years ago.

Chelsea in talks with Bundesliga club over Ghanaian defender

Bundesliga high-flyers Schalke are reportedly interested in pursuing the services of Baba Rahman from Chelsea this month. The Ghana international joined the Blues from Augsburg in the summer of 2015, and he has since managed 23 appearances for the club across all competitions.

English champions Chelsea are expected to be without four first-team players when they take on Crystal Palace at Selhurst Park on Saturday afternoon.

Bundesliga side Schalke 04 have been locked in talks with representatives of Chelsea regarding a loan transfer move for left back Baba Rahman. Since Rahman's arrival at the Premier League side the defender has yet to impress and manager Antonio Conte has instructed the player to leave Stamford Bridge on loan in search of regular first team football.