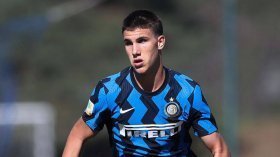 Chelsea are among three European clubs that are leading the race to sign Brazilian wonderkid Endrick, Standard Sport claim.

Chelsea are prepared to pay around £30 million to sign highly-rated Fulham midfielder Luke Harris in January, The Mirror reports.

Chelsea are set to land the signature of Inter Milan midfielder Cesare Casadei, according to The Athletic.

Inter Milan are expecting Chelsea to make a formal approach to sign Denzel Dumfries in the coming days.

Chelsea are to sign Cesare Casadei from Inter Milan in a deal worth a reported £12 million transfer. The versatile 19-year-old can play in defensive midfield or attack, and is most comfortable playing in the centre of the pitch. Chelsea will beat numerous other clubs in signing Casadei.