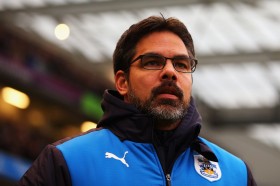 Man Utd Join Liverpool in Ozan Kabak Pursuit
contact with Schalke about the player. Initially the relationship between Jurgen Klopp and David Wagner was a factor, although the latter
23/12 09:39

According to Daily Mail, Bayern Munich have signed Schalke goalkeeper Alexander Nubel on a free transfer.

Crystal Palace have let winger Jason Puncheon leave the club on a temporary basis to join relegation strugglers Huddersfield Town. The 32-year-old attacker, who has been deemed surplus to requirements by manager Roy Hodgson, had been linked with multiple clubs including a move abroad.

Arsenal manager Unai Emery has praised the qualities of Lucas Torreira on both sides of the field after his match-winning strike against Huddersfield Town on Saturday.

Sarri reacts to win over Huddersfield

Chelsea coach Maurizio Sarri has described his side's game against Huddersfield Town as a difficult one.

Manchester United manager Jose Mourinho has stressed that Paul Pogba's exclusion from the starting lineup versus Huddersfield Town was more of a tactical decision for the game.

Chelsea midfielder N'Golo Kante feels the team have the responsibility to help Tiemoue Bakayoko to adapt to life in the English top-flight.

Chelsea manager Antonio Conte has admitted that he side face the risk of missing out on Champions League football, should they continue to drop points over the course of the season.

Arsenal manager Arsene Wenger has made one change to his starting lineup with Mesut Ozil recovering from an illness to feature in tonight's Premier League clash versus Huddersfield Town.

Liverpool will look to get their season back on track when they host Huddersfield Town at Anfield. The Reds suffered a 4-1 demolition at the hands of Tottenham Hotspur last weekend, and this has dropped them to ninth in the Premier League standings.

Huddersfield Town manager David Wagner hopes to complete a deal to sign veteran goalkeeper Rob Green. The 37-year-old currently plays for Leeds United and will be allowed to leave Elland Road for a Premier League transfer.

Huddersfield Town have reached an agreement with German minnows Nurnberg to sign attacking midfielder Abdelhamid Sabiri on a three-year deal. The 20-year-old Moroccan has impressed in the German leagues and David Wagner will be delighed to have snapped up the youngster.

With hopes and expectations of qualifying for the Champions League group stage in the coming weeks and therefore a longer, more gruelling campaign, Liverpool manager Jurgen Klopp plans on having three goalkeepers in his squad this season. That, of course, means that there will always be one of those three missing out on even the bench. For Danny Ward, he is not too keen on the idea of spending the majority of the season in the stands and doesn't intend to do so.

Huddersfield Town have wrapped up a deal to sign midfielder Tom Ince from Derby County this morning. The player has signed a three-year contract with the newly promoted Premier League club.

Premier League holders have allowed Kasey Palmer to return to newly-promoted Huddersfield Town for a second straight season on loan.