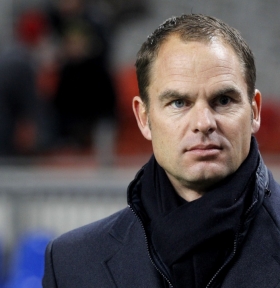 Jose Mourinho vs Frank de Boer: When Portuguese ruined Crystal Palace flop in 2018
want to see him playing every week." De Boer's time as a Premier League manager was brief. He was appointed Crystal Palace boss in 2017 and
27/01 10:35

Manchester United are reportedly considering the prospect of recalling Timothy Fosu-Mensah as they are furious of his treatment under Crystal Palace boss Roy Hodgson.

Possible candidates for the next Rangers manager

For the past five weeks, Rangers have been looking for the perfect replacement for Pedro Caixinha after the Portuguese manager failed to produce an upturn in fortunes at Ibrox during his seven-month spell in charge.

We may only be five games into the Premier League season but Crystal Palace have already hit the headlines for the wrong reasons. They have started off the season in the worst possible way.

Crystal Palace manager Frank De Boer has been linked with a shock return to management already, with a move to former club Ajax a possibility. Palace fired De Boer this week after a poor run of results.

Crystal Palace have confirmed the departure of head coach Frank de Boer after just four games into the new Premier League season. The Eagles suffered four straight defeats under the Dutchman's management while failing to find the net.