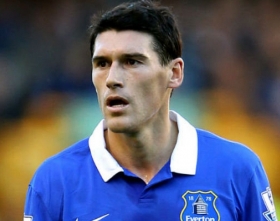 Manchester City have had an £18 million offer rejected by West Bromwich Albion for Northern Ireland centre-back, Jonny Evans. The 29-year-old joined The Baggies in 2015 after almost a decade with City's fierce rivals, Manchester United.

Following plenty of speculation during the last week, West Bromwich Albion have completed the signing of former England midfielder Gareth Barry from Everton. Manager Tony Pulis was keen to add experience to the centre of his side after seeing Darren Fletcher leave the club this summer.

After a prolonged negotiation process, Everton have finally agreed a deal to sign Gylfi Sigurdsson from fellow Premier League side Swansea City. The Iceland international has been heavily linked with a move to Goodison Park since the end of last season, as Everton continue their summer spending spree.

West Bromwich Albion are on the verge of offering Everton and former England international Gareth Barry a two-year contract at The Hawthorns as they look to replace Darren Fletcher, who left earlier in the transfer window to join Stoke City.

Everton are reportedly in pole position to secure the services of Manchester United outcast Morgan Schneiderlin. The 27-year-old is among a long list of players who could leave Old Trafford in the New Year.

Celtic will reportely revive their interest in Everton midfielder James McCarthy in the January transfer window. The Republic of Ireland was part of the Toffees' side which earned a hard-fought win over Arsenal in midweek.

Everton in talks for Schneiderlin

Everton have reportedly began negotiations with Manchester United over a potential deal for midfielder Morgan Schneiderlin.

Everton have reportedly enquired over the possibility of signing Manchester United duo Wayne Rooney and Morgan Schneiderlin in the winter transfer window.

Manchester United midfielder Morgan Schneiderlin is currently the subject of interest from both Everton and West Bromwich Albion. The Frenchman is expected to leave Old Trafford in the January transfer window.

Everton boss Ronald Koeman is prepared to finance a loan agreement for Manchester United outcast Bastian Schweinsteiger. The German has yet to kick the ball for the Old Trafford side this season.

Everton are considering the sale of James McCarthy when the transfer windows reopens in January. Ronald Koeman has already identified potential replacements for the midfielder.

Sevilla are willing to cash in on Steven N'Zonzi in January, provided any club matches his £35m valuation. The Frenchman was a transfer target for Leicester City in the summer.

James McCarthy up for sale

Everton boss Ronald Koeman has decided to cash in on James McCarthy when the transfer window reopens in the New Year. The 25-year-old has been overlooked since his injury at the start of the campaign.

Everton are prepared to make a winter move for former Stoke City and Blackburn Rovers midfielder Steven N'Zonzi. The Frenchman is currently plying his trade with Sevilla.

Gareth Barry has no thoughts of retirement

Everton midfielder Gareth Barry that he has no intention of hanging his boots in the near future. The England international is in his fourth season at Goodison Park.

Crystal Palace boss Alan Pardew is hopeful of securing a deal for Everton's James McCarthy before the transfer deadline. Celtic and Newcastle United are also in the running for his signature.

Celtic boss Brendan Rodgers is prepared to lodge a loan approach for Everton midfielder James McCarthy. The Irishman is weighing up his options with manager Ronald Koeman option to choose Gareth Barry and Idrissa Gueye for the central midfield role.