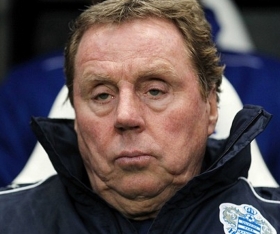 The 'stable, sensible and shrewd' help John Eustace needs at Birmingham City
. Aitor Karanka and Harry Redknapp proved that being backed in the transfer market doesn’t guarantee that – but no investment does come
04/07 17:16

Fenerbahce will reportedly retain their interest in Arsenal outcast Jack Wilshere when the transfer window reopens in four months' time.

Arsenal midfielder Jack Wilshere has reportedly emerged as a loan target for Turkish club Trabzonspor. The 25-year-old is currently in the final year of his Gunners contract.

England international Jack Wilshere reportedly turned down a lucrative contract from Birmingham City in order to stay put with Arsenal.

Brighton and Hove Albion will continue their attempts to strengthen for the Premier League season by making a loan offer for Lille striker, Eder, who famously scored the winning goal for Portugal in the Euro 2016 final.

Birmingham City manager Harry Redknapp is plotting an attempt to sign former Chelsea defender Ashley Cole as he looks to build a squad capable of pushing for Premier League promotion.