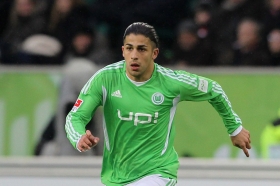 Conor Bradley: Why it’s no surprise he’s been added to Liverpool’s Champions League squad after training with seniors ahead of AC Milan clash
on Ricardo Rodriguez. If he manages to play a competitive senior game for Liverpool, he will be the first Northern Irishman to do so since
15/09 15:29

AC Milan are reportedly prepared to include either Franck Kessie or Ricardo Rodriguez as they seek to secure the services of Arsenal midfielder Lucas Torreira.

Chelsea could reportedly sanction the permanent sales of Tiemoue Bakayoko and Emerson Palmieri to AC Milan during this summer's transfer window.

Former Real Madrid defender Pepe has agreed a long-term deal with Turkish giants Besiktas following his release from the Bernabeu.