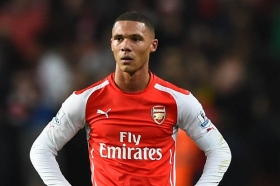 Arsenal are reportedly not keen on signing Sergio Aguero in a potential exchange deal for contract rebel Alexis Sanchez.

Manchester City are set to make a late raid to secure the services of Arsenal forward Alexis Sanchez. The 28-year-old is clearly unsettled at the Emirates, and his performance in the 4-0 loss to Liverpool on Sunday was clearly not upto the mark.

Newcastle United manager Rafa Benitez has told reporters that he still hopes to bring in new arrivals before the transfer window closes. Newcastle finally opened their Premier League account with a 3-0 win over West Ham on Saturday.

Arsenal have reportedly accepted a transfer package from Watford for defender Kieran Gibbs.

Premier League club Watford have revived their interest in signing Arsenal defender Kieran Gibbs this summer. The England international is deemed surplus to requirements at the Emirates following the arrival of Sead Kolasinac this summer.